I know it’s only the first of these, but I have to say I’m feeling much more optimistic about my goals this year. Maybe it’s because they’re almost entirely a fresh set or maybe it’s because I set a much more manageable benchmark number, but they seem really achievable.

Ask me again in July, but here’s how we’re shaping up so far in month one (5.45% overall completion rate):

GEOGRAPHY
Visit six countries.
My travel for Vietnam and Cambodia (with two day long layovers in China) is all booked. I’ve been making some career moves (more info on that coming soon) and may end up traveling later this year for that. Exciting things are happening!

Complete at least six modules of six languages in Duolingo.
Need to motivate myself back onto a streak.

Read six books by authors from six different non-US countries.
I started with a short, but important one, from one of my new favorite authors: Chimamanda Ngozi Adichie’s We Should All Be Feminists.

Swim in six different bodies of water.
It’s early February. Even in California, this would be silly to attempt.

Tempted to apply at The Alamo Drafthouse. Would happily eject talkers/texters!

ENTERTAINMENT
See films at six different theaters.
It solidified my distaste for Iñárritu and may have scarred my friend Amy, but I did see The Revenant and finally checked out the Alamo Drafthouse.

See concerts at six different venues.
I always love when friends help me achieve my goals. I got to kick off my year of concerting with an Annie Bacon & Her OSHEN show at Amnesia for an unexpected Sunday Funday.

Read six books by entertainers.
Didn’t think I’d be plowing through this one so quickly! Read Patti Smith’s M Train, Kim Gordon’s Girl in a Band and, thanks to a cool contract gig, the surprisingly (to me) fantastic The Art of Asking by Amanda Palmer.

Go on six dates.
Plenty of messages on the internet ranging from awkward to horrifying, but no dates yet.

HISTORY
Interview six family members.
I should probably connect with my family about this!

Visit six historic sites within San Francisco
A brief “funemployment” stint has been great for hitting up things when the crowds aren’t. Hit up Hyde Street Pier and “discovered” El Polin Spring in the The Presidio this past month.

Write six chapters of a memoir.
Busy living it. (Excuses). 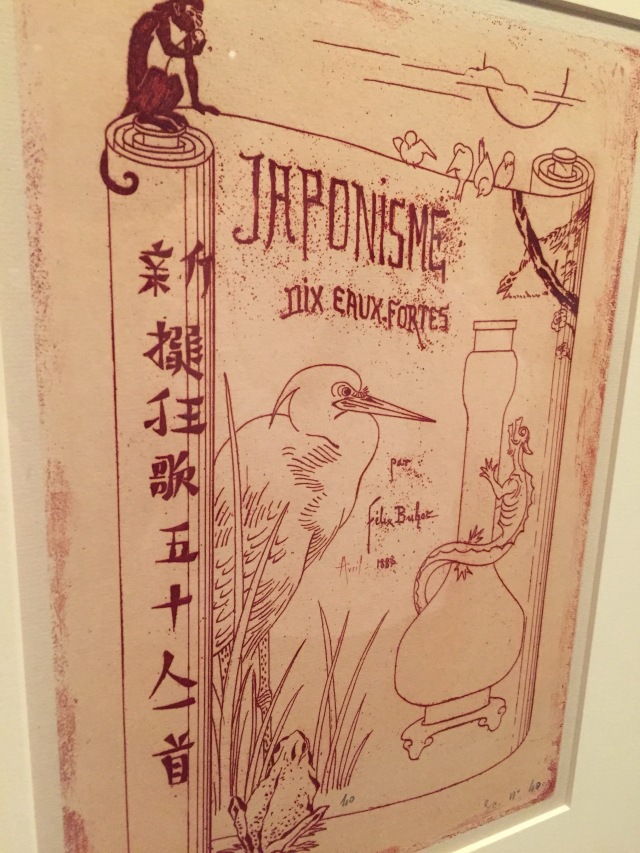 The cultural anthropologist in me loved following the connections this exhibit made.

ARTS & LITERATURE
Visit six visual art exhibitions at six different museums or galleries.
Enjoyed the Looking East: How Japan Inspired Monet, Van Gogh and Other Western Artists exhibit at the Asian Art Museum. It felt really relevant after my Amsterdam art experiences last year. I’m taking notes on theses sojourns and hope to have some insightful stuff to share for a future post.

Read six novels published in 2016.
It’s only February, I’ll work through the other categories first.

Take six arts/crafts classes/workshops.
Have talked to friends Allison and Mary Ann about taking these together. Now to do that!

Write six short stories of six pages or more.
Realizing I’m going to need to crowdsource some guidance here AND make the time. 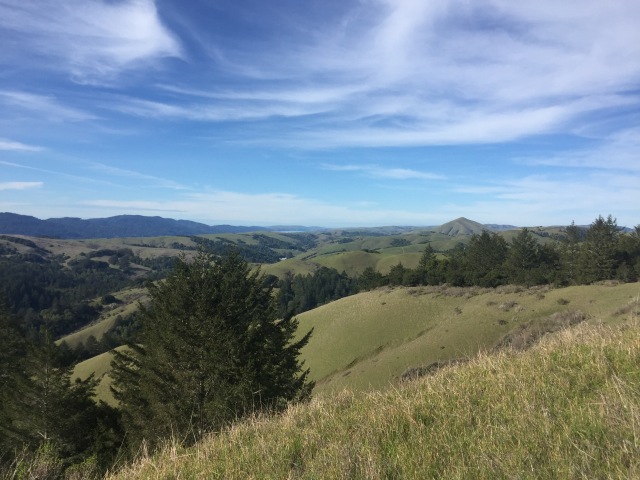 This hike fell short of six miles, but was still worth it!

Take six hikes of at least six miles each.
I tried so hard last weekend at Samuel P. Taylor State Park, but the trail we were going to loop on was closed and only got to 5.5. The hiking bug is back!

Tent camp in six different locations.
On my way to Angel Island as this posts to camp overnight!!!

Attend six science/nature lectures.
On my calendaring list as well.

SPORTS & LEISURE
Attend six yoga workshops/retreats.
Two of my Yoga Garden teachers started my year off right (and I have notes from these for future posts). I got into the deepest, craziest wheel of my life at the Hearts, Hips & Relationships workshop with Jean Mazzei and a week later truly zenned out at Karen Macklin’s Coming Home Retreat with Mary Ann and Amber.

Go to the gym six times each month.
This was definitely the most challenging challenge of the month and found me running a mile on the treadmill at 9 p.m. last night. But I did it. And I made myself try swimming and spin again, as well as a core class!

Read six sports-themed books.
Not yet, but thanks for all the awesome suggestions!

Go to six different spas/hot springs.
After a wild start to my 36th year, massaged out the stress of the start of 2016 at In-Symmetry Wellness Spa.

How are your 2016 goals coming along?